Welcome to the home of Mermaid Avenue. Mermaid Avenue are a Brisbane-based rock band, formed in 2015 around the songwriting of Peter Clarke and the musicianship of current members Mike Kearey, Anthony Judd, Chris Wong, Casey Lee and Mark Egan. They have become a regular fixture on the Brisbane scene, playing numerous local venues developing a formidable catalogue of songs and a love of playing to ever-appreciative audiences.

Mermaid Avenue's debut album 'Temptation And Half The Truth is available on Spotify, Applemusic/iTunes, Bandcamp, CDbaby and many others.

“...this single (Turn the Page) may well be the page turner for Mermaid Avenue, a morphing of a butterfly from what was a chrysalis. It exemplifies catchy hooks, abundant creativity and all-round likeability...” - Jenny Syratt

It's mixed and mastered and almost ready to go! This one rocks out a little more and we are pretty proud of it.. 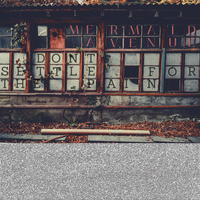 'Old with You' reaches No 1 Banks Radio Australia

Despite only having been released on the last day of August, our latest single 'Old with You' reaches No 1 on the Banks Radio Australia charts for August!

'Philosophy' makes the semis in the UO music comp

In non-Olympic news, our song 'Philosophy'  was recently chosen as a semi-finalist in the Unsigned Only music comp. We didn't end up making the finals, but are pretty stoked that we got as far as we did.

Our new single 'Old with You' is out next month!

The fourth single from  'Sugartown' drops next month - a song about spending your life with your love..

You can see it here