Back to all posts

We are excited to announce another show at one of our favourite Brisbane menus, The Milk Factory on July 21 with Ken Kunin & the Crooked Sky and The Red Earth Ramblers. A super sized helping of Americana via Bris Vegas!

Ken Kunin is the real deal. The LA singer/songwriter spent the best part of the 90's and early 2000's making records and touring the US. After a move to Australia & some time out of the music business he's back in the ring with a new record 'Living in Wynnum'. The Red Earth Ramblers have been brewing their bluesy Roots and Americana at various watering holes around Brisbane over the last 18 months with a driving rhythm section and tasty licks, they got the blues and know the blues. Mermaid Avenue, took their marching orders from Wilco two years ago and have since expanded upon their initial influences with a diverse range of well crafted songs straddling the divide between alt.country and indie rock. July 21 8pm. $5 door 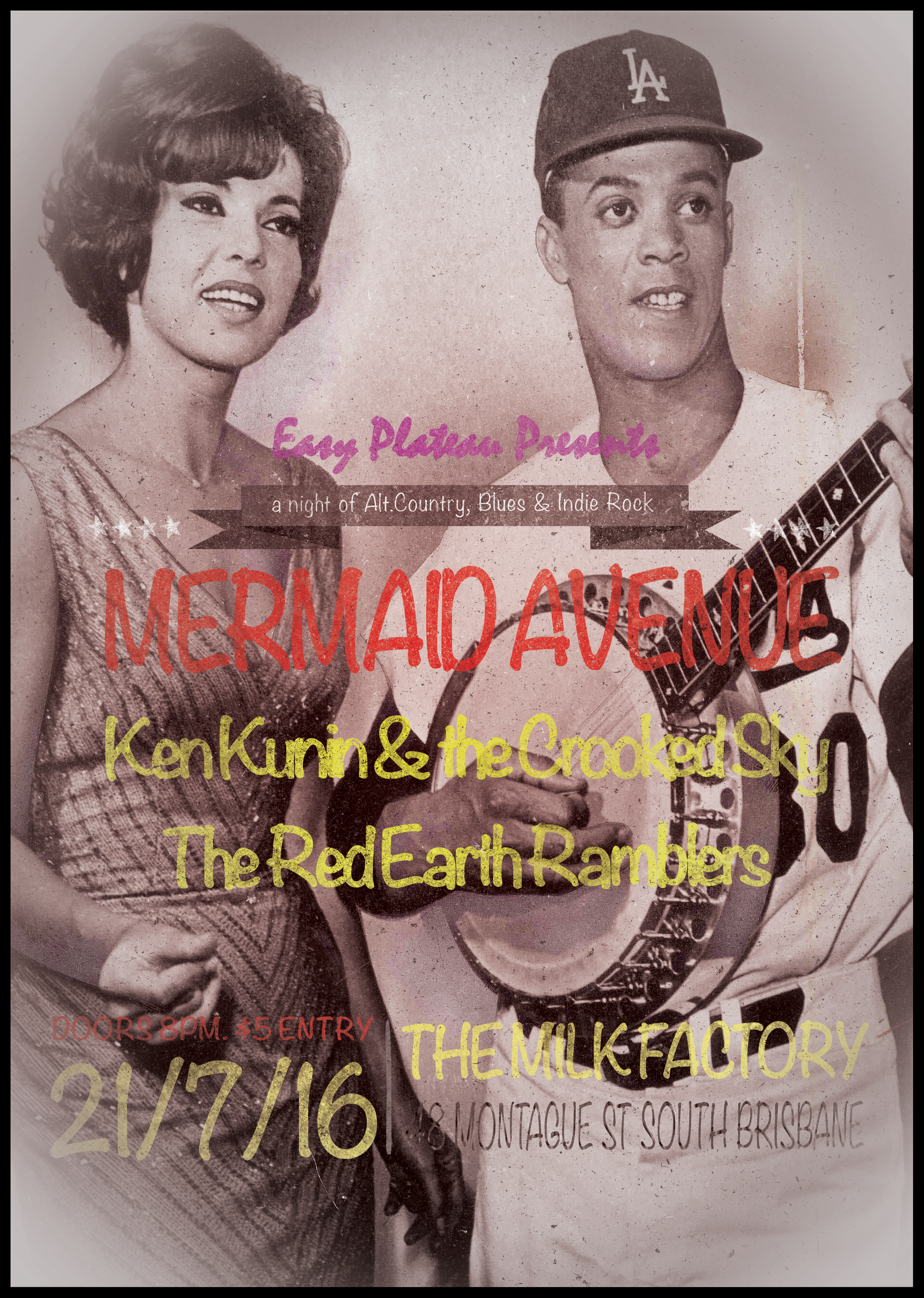